Contracts to buy homes fell 1 percent in February from the month before, according to new numbers from the National Association of Realtors. The decline follows a strong showing in January and was primarily felt in the Midwest, where pending sales activity fell 7.2 percent. The South and West saw increases. Pending sales are important because they track contracts, not closings. That means, they can be a good indicator of what home sales numbers will look like a month or so from now. Lawrence Yun, NAR’s chief economist, says February’s decline isn’t a concern but sales have fallen behind last year’s pace. “In January, pending contracts were up close to 5 percent, so this month’s 1 percent drop is not a significant concern,” Yun said. “As a whole, these numbers indicate that a cyclical low in sales is in the past but activity is not matching the frenzied pace of last spring.” But while February buyers weren’t as active as last year at the same time, conditions are settling and could bring out more buyers as the season moves along. In fact, Yun says he doesn’t anticipate any interest rate increases from the Fed this year, which should keep mortgage rates favorable and help take some pressure off home buyers.

According to the Mortgage Bankers Associations Weekly Applications Survey, average mortgage rates were down across all loan categories last week, including rates for 30-year fixed-rate mortgages with both conforming and jumbo balances, loans backed by the Federal Housing Administration, and 15-year fixed-rate loans. The decline coincided with a surge in demand for mortgage applications. In fact, refinance activity was up 12 percent over the previous week and the purchase index rose 6 percent. Joel Kan, MBA’s associate vice president of economic and industry forecasting, says the spring season is off to a good start. “The spring buying season is off to a strong start,” Kan said. “Rates dropped across all loan types, and the 30-year fixed-rate mortgage is now more than 70 basis points below last November’s peak. The average loan size increased once again to new highs for both purchase and refinance loans, as borrowers with – or seeking – larger loans tend to be more reactive to the drop in rates.” The MBA’s weekly survey has been conducted since 1990 and covers 75 percent of all retail residential mortgage applications. 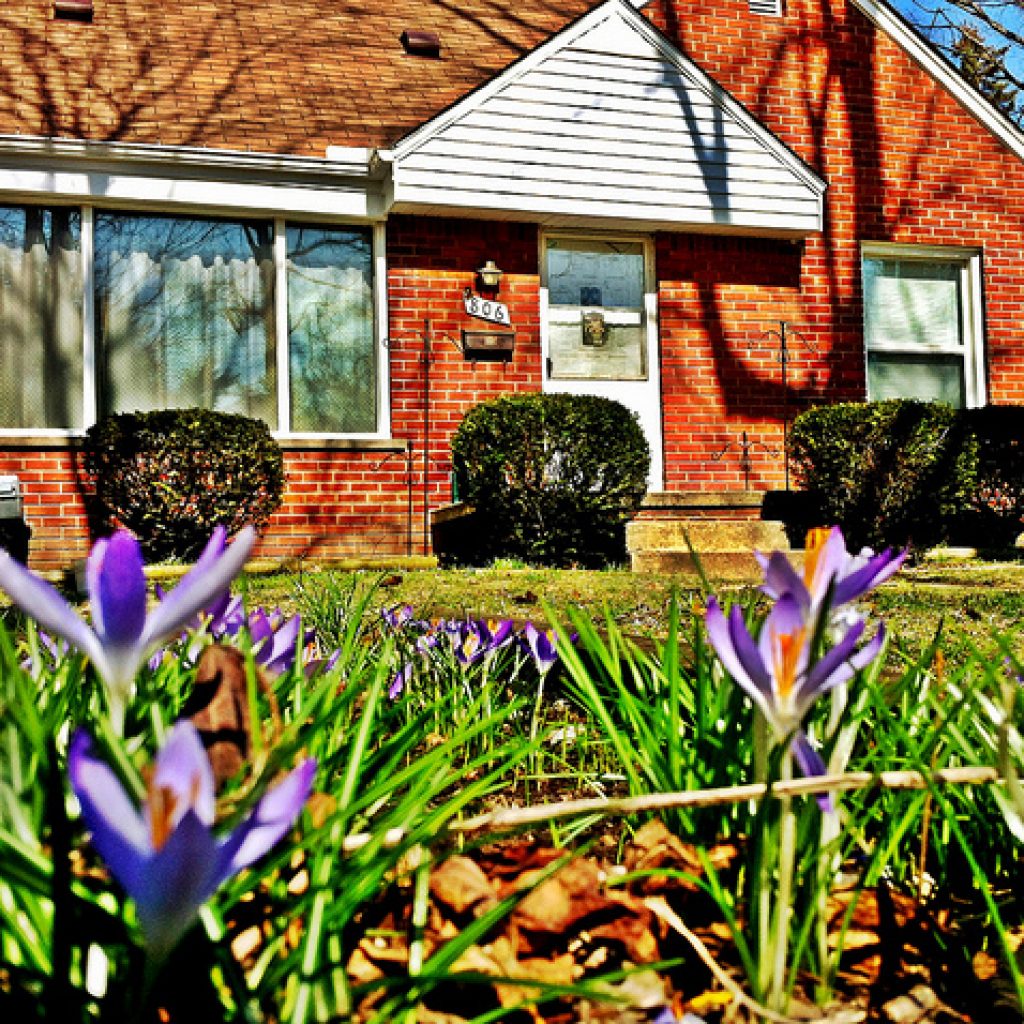 If you’re a prospective home seller, you’re probably thinking about upgrades, renovations, and remodeling projects. Making your home appealing to buyers is important when it’s time to sell. But how do you choose which projects are smartest for your money? Well, according to a recent analysis, there are some easy answers. For example, though kitchens are one of the more important rooms in the house, they aren’t necessarily the best place to start upgrading. Why? Well, because they’re so central to the way we live, they also involve a lot of individual preferences. Which means, potential buyers may not agree with your choices. And, since it’s an expensive job that may not help lure buyers, it doesn’t offer much bang for your buck. A better route is to go with exterior projects like landscaping or new paint. They’re less expensive but go a long way. Also, a modest bathroom update. Replacing the toilet, tub, sink, and fixtures can make your home more appealing to buyers and won’t break the bank. More here.

Like anything else, residential architecture is affected by the popular trends of the day. But unlike most other things, homes last a very long time. So houses built to fit the lifestyle of people living in the 1940s and ’50s are still being bought and sold in 2019. Now, in most cases, an older home’s quirks are considered charming or even sought after by buyers. But what about homes whose time period is unpopular? Well, according to one recent article, this can be a problem. For example, in the early 2000s, mini-mansions were the fad and baby boomers – with easy access to credit – built huge houses intending to live out their retirement in dream homes equipped with all of the day’s most popular features. But now, those homes are beginning to hit the market and are having trouble selling. Why? For one, today’s buyers prefer smaller more modern homes rather than the lavish, ornate styles popular earlier this century. Another problem is the size. Since they are big and located in desirable areas, these homes are expensive and, in most cases, too expensive for most buyers. Unfortunately, it looks like the problem will grow, as baby boomer homeowners grow older and look to sell their current homes in favor of downsizing. More here.

New numbers from the National Association of Realtors prove home buyers are excited to get the spring season started. With a nearly 12 percent increase in the number of previously owned homes sold compared to the month before, February was the largest month-over-month improvement since 2015. Lawrence Yun, NAR’s chief economist, says there’s a combination of factors helping push home sales upward. “A powerful combination of lower mortgage rates, more inventory, rising income, and higher consumer confidence is driving the sales rebound,” Yun said. And though home prices were 3.6 percent higher than they were at the same time last year, inventory was also up. If the improvement continues, it’ll help moderate future price increases. Yun says more new home construction is needed. “For sustained growth, significant construction of moderately priced homes is still needed,” he said. “More construction will help boost local economies and more home sales will help lessen wealth inequality as more households can enjoy in housing wealth gains.”According to Yun, the typical homeowner accumulated nearly $9,000 in housing equity over the past 12 months.

Last year, the big housing market story was the lack of homes for sale. With inventory down in most markets, home buyers had a lot of competition for the houses that were available. But, since then, the number of homes for sale has been climbing. And, according to a recent survey of potential home buyers, competition is no longer as big of a concern for hopeful home shoppers. In fact, there was a 10 percent drop in the number of respondents who expected to face competition when looking for a house to buy. That’s good news for prospective buyers. After all, competition can lead to bidding wars, which can drive prices higher. So, what concerns buyers this year? Well, with nearly 50 percent of participants saying they wanted to find a house under $200,000, prices and affordability top the list. Of course, finding a house that doesn’t break the budget is always important to buyers. But, in today’s market, where there are more homes for sale on the high end of the market, buyers worry it may take a little longer to find a home that fits both their needs and their price range. More here.

Debt is an issue for many Americans. From student loans to credit card balances, there are a lot of things we’re trying to pay off. But while the financial struggles of millennials are well known, there isn’t as much attention paid to the debts of older Americans. After all, they aren’t trying to save for a down payment and buy their first home while also paying off student loans and keeping up with rising rent, right? Well, though some of that may be true, having too much debt or poor credit will affect your plans at any age. So how are older Americans faring? Well, one recent study looked at baby boomers and their non-mortgage debt, and found that people born between 1946 and 1964 have a median balance roughly between $20,000 and $30,000. Boomers in Houston had the most debt, carrying close to $32,000, while Oxnard, CA came in with the lowest median balance at $20,876. Among types of debt, auto loans were the biggest source comprising about 39 percent of boomer debt, while credit card balances came in a close second at 35 percent. Also in the report, of the top 10 cities with the highest amount of baby boomer debt, five were in Texas. More here.

Home builders wouldn’t build new homes unless there was a demand for them. Knowing how many buyers are looking and what they’re looking for is part of their job. Which means, they’re a pretty reliable source if you’re looking for information about what’s happening in the real estate market. So what are home builders saying about this spring and summer? Well, the National Association of Home Builders’ Housing Market Index – which gauges builders’ confidence in the market for newly built homes – shows builders are optimistic about this year’s market and are finding that, more so than in past years, new homes in affordable price brackets are selling well. Robert Dietz, NAHB’s chief economist, says that’s a good sign. “In a healthy sign for the housing market, more builders are saying that lower price points are selling well, and this was reflected in the government’s new home sales report last week,” Dietz said. “Increased inventory of affordably priced homes – in markets where government policies support such construction – will enable more entry-level buyers to enter the market.” This is encouraging, since adding to the number of homes for sale in affordable price ranges will help balance the market and offer more buyers choices at a price that fits their budget. More here.

For many Americans hoping to make a move, the decision to rent or buy comes down to affordability. It isn’t the only factor, of course. Depending on your job and lifestyle, there may be other reasons to prefer renting over homeownership. But there’s no question money is a top concern when making decisions about your next move. So, what does the latest data on rental costs say? Well, according to one recent report, February saw rent increasing at its fastest pace in 10 months. Following the increase, median rent nationwide is now up to $1,472 per month. That means, calculating what’s most affordable may not be so clear cut. After all, the average monthly mortgage payment is just $1,030. But while rental prices have been going up over the past several years, there’s evidence that they may soon hit their peak. With millennials reaching the age of the typical first-time home buyer, demand is expected to decline over the coming years. As more renters become homeowners, it will likely have a slowing effect on future increases. More here.

If you’re doing it right, the first step in your home-buying process will be talking with your lender. Your mortgage lender is the one who will be able to tell you whether or not you’ll be able to buy and how much you’ll be able to spend. In short, you won’t get very far without first going over your numbers and figuring out what you’d be approved to borrow should you find a house you want to purchase. Some of that calculation will be determined by your financial situation, debts, income, etc. Another part will be based on credit standards. And, according to the most recent Mortgage Lender Sentiment Survey from Fannie Mae, they’re easing – which means it’s getting easier to get a mortgage. In fact, the survey found “lenders on net continued to report easing lending standards at a modest pace across all loan types.” That’s good news for prospective home buyers. And, according to Doug Duncan, Fannie Mae’s chief economist, it’s helping push expectations for this year’s selling season. “Lenders’ improved demand outlook going into this spring selling season bodes well for our forecast of relatively flat mortgage volume following the double-digit drop in 2018,” Duncan said. More here.