The National Association of Realtors’ Pending Home Sales Index tracks the number of contracts to buy homes signed each month. Because it measures contract signings, and not closings, it’s a good predictor of future home sales numbers. In June, the index saw a 16.6 percent improvement. It is now 6.3 percent higher than last year at the same time. Lawrence Yun, NAR’s chief economist, says the gains are surprising. “It is quite surprising and remarkable that, in the midst of a global pandemic, contract activity for home purchases is higher compared to one year ago,” Yun said. “Consumers are taking advantage of record-low mortgage rates resulting from the Federal Reserve’s maximum liquidity monetary policy.” All four regional indices saw double-digit, month-over-month increases, with the Northeast leading all others with a 54.4 percent surge. Also in the report, the NAR has revised their 2020 forecast due to the strength of the housing market’s recent rebound. They now see home sales falling just 3 percent this year. 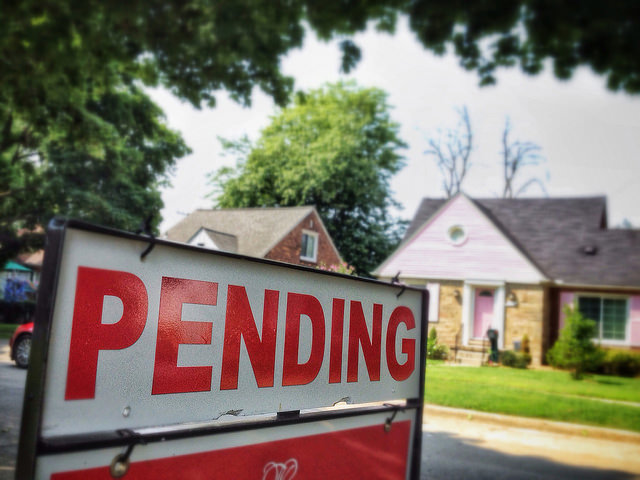 According to the Mortgage Bankers Association’s Weekly Applications Survey, average mortgage rates were mostly flat last week. In fact, rates were virtually unchanged for 30-year fixed-rate mortgages with both conforming and jumbo balances, as well as 15-year fixed-rate loans. However, rates for loans backed by the Federal Housing Administration spiked, leading to a decline in application demand for FHA loans. Mike Fratantoni, MBA’s senior vice president and chief economist, said rates remain near record lows. “Mortgage rates remained near record lows for conventional loans last week, and refinances in the conventional sector continued to slightly increase,” Fratantoni said. “However, rates on FHA loans rose, leading to an almost 18 percent drop in FHA refinances.” The drop in refinance demand, combined with purchase activity falling 2 percent, led to a 0.8 percent decrease in overall mortgage application demand. Still, refinance activity remains 121 percent higher than it was at the same time last year, while demand for loans to buy homes is up 21 percent. The MBA’s weekly survey has been conducted since 1990 and covers 75 percent of all retail residential mortgage applications. 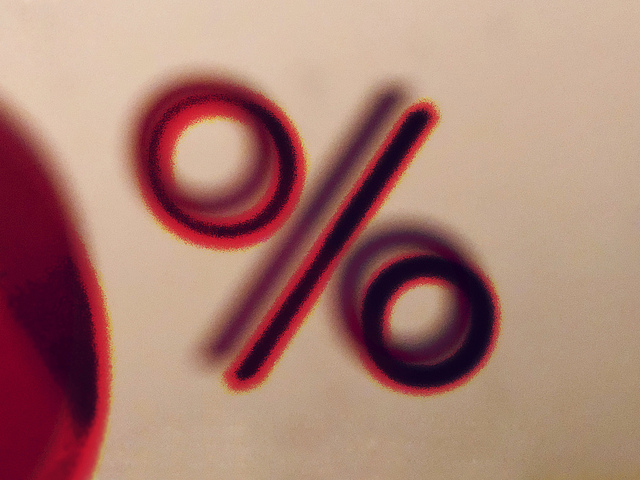 The S&P Case-Shiller Home Price Indices are considered the leading measure of U.S. home prices. According to their most recent release, which covers data through the end of May, national home prices are up 4.5 percent year-over-year – which is down from 4.6 percent in the previous month’s report. Craig J. Lazzara, managing director and global head of index investment strategy at S&P, says though home prices are still increasing, they may be rising at a slower rate than before. “In contrast with the past eight months, May’s gains were less than April’s,” Lazzara said. “Although prices increased in May, in other words, they did so at a decelerating rate. We observed an analogous development at the city level: prices increased in all 19 cities for which we have data, but accelerated in only 3 of them (in contrast with 12 cities last month and 18 the month before that).” Lazzara cautions that decelerating price increases are different than actual price declines. In short, home prices are still headed higher, even if they may be moving up less quickly than before. (source) 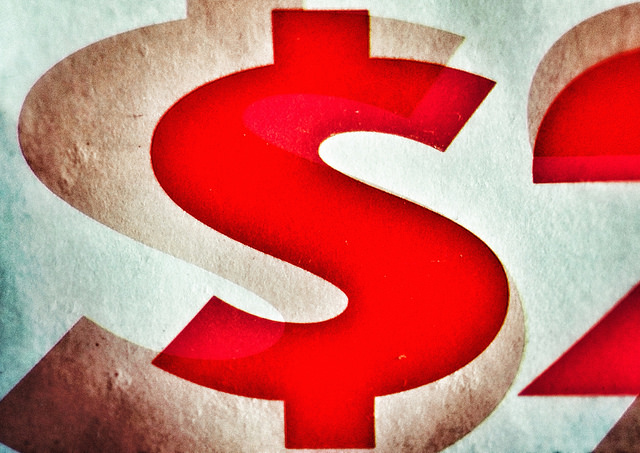 Low inventory has been the housing market’s main challenge since well before the coronavirus pandemic began. Since its onset, though, the number of homes for sale has moved even lower. That means, in many markets, there are more interested buyers than available homes. And, according to ATTOM Data Solutions’ second-quarter Home Sales Report, that means big gains for home sellers. In fact, their report shows home owners who sold during the second quarter saw a $75,971 profit on the typical sale, up from $66,500 in the first quarter. Todd Teta, ATTOM’s chief product officer, says profit margins are now at record highs. “The housing market across the United States pulled something of a high-wire act in the second quarter, surging forward despite the encroaching economic headwinds resulting from the coronavirus pandemic,” Teta said. “Profit margins hit new records as prices kept climbing, with few indications that the impact of the virus would topple the market.” The typical homeowner who sold a house during the second quarter owned their home for eight years. (source) 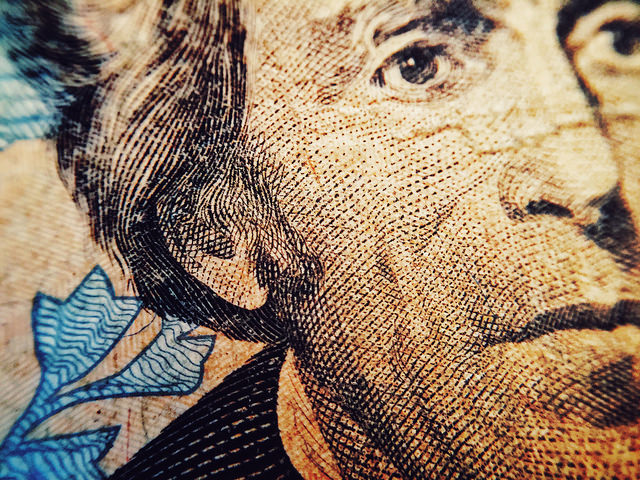 The housing market continues to show encouraging signs of improvement. Just how encouraging becomes clearer with each new data release. For example, it was just reported that sales of previously owned homes rose nearly 21 percent in June. Now, new numbers from the U.S. Census Bureau and the Department of Housing and Urban Development show June sales of newly built single-family homes increased too, rising 13.8 percent month-over-month. It was the fastest sales pace since 2007 and a significantly faster pace than economists forecasted. In fact, economists polled by Reuters expected new home sales to increase just 4 percent. Surging new home sales are yet another sign that home buyers have returned to the market after putting their plans on hold this spring. Even when compared to last year, sales are up – with June’s improvement pushing new home sales nearly 7 percent higher than they were at the same time last year. Also in the report, the median sales price of new homes sold in June was $329,200. The average sales price was $384,700. (source) 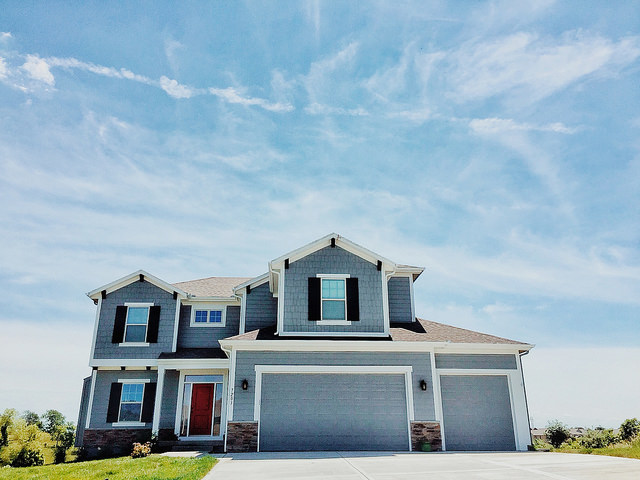 When the coronavirus outbreak began in March, optimistic analysts predicted the housing market would begin to rebound in the fall. But, according to new numbers from the National Association of Realtors, the recovery is far ahead of schedule. In fact, the recently released numbers show sales of previously owned homes had a record setting month in June. Overall, completed sales of single-family homes, townhomes, condominiums, and co-ops were up 20.7 percent month over month. Lawrence Yun, NAR’s chief economist, says the recovery has been strong and looks to be sustainable. “The sales recovery is strong, as buyers were eager to purchase homes and properties that they had been eyeing during the shutdown,” Yun said. “This revitalization looks to be sustainable for many months ahead as long as mortgage rates remain low and job gains continue.” The rebound was strongest in the West and South, though the Midwest and Northeast also saw significant month-over-month improvement. But while the quickness and strength of the recovery has been encouraging, sales are still down from last year – with overall transactions 11.3 percent below where they were in June 2019. 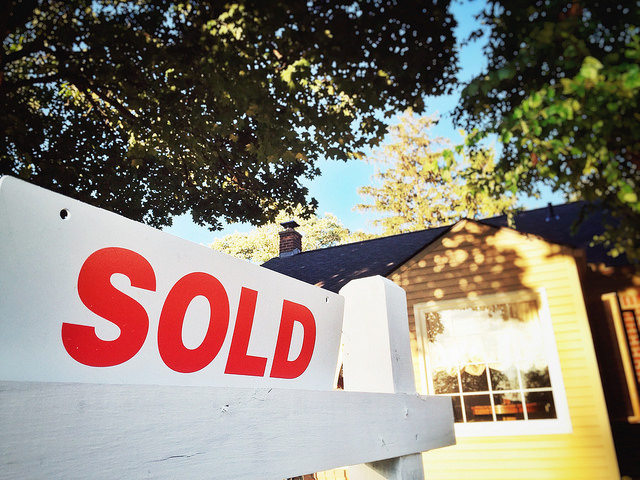 According to the Mortgage Bankers Association’s Weekly Applications Survey, demand for home purchase loans increased 2 percent last week and is now 19 percent higher than it was last year at the same time. The improvement comes during a week when average mortgage rates were mostly flat, with only rates for loans backed by the Federal Housing Administration seeing a significant drop. Overall, though, mortgage rates remain near all-time lows. Joel Kan, MBA’s associate vice president of economic and industry forecasting, says buyer demand continues to be strong. “There continues to be strong home buyer demand this summer, as home shoppers have returned to the market in many states,” Kan sad. “Purchase activity increased again last week and was up 19 percent compared to last year – the ninth straight week of year-over-year increases.” Also in the report, low rates pushed refinance activity 5 percent higher than the week before. The refinance index is now 122 percent higher than last year. The MBA’s weekly survey has been conducted since 1990 and covers 75 percent of all retail residential mortgage applications. 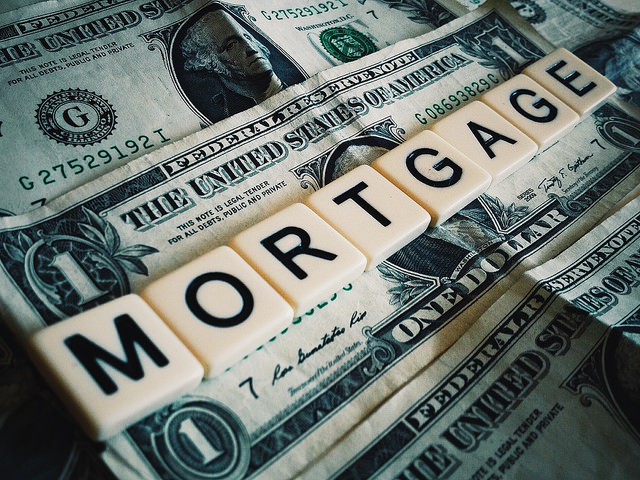 At the beginning of the year, most analysts were predicting a hot spring sales season for the housing market. But in the wake of the coronavirus outbreak, a lot of prospective home buyers put their plans on hold. Now, it appears they’re ready to buy. According to a new analysis, contract signings were up 15 percent month-over-month during the last week of June and the typical home for sale was sold in just 19 days. That’s good news for the housing market, as it means spring’s crashing sales numbers will likely see a quick summer recovery. But it also means that potential home buyers need to be prepared for a competitive market. Since the inventory of homes for sale hasn’t rebounded as quickly as buyer demand has, there are more home buyers than available homes. In many markets, that’s led to increasing prices, bidding wars, and fewer choices for interested buyers. For example, home prices in cities like San Jose and Seattle were actually falling last year at this time. Now, because of the market’s imbalance, prices have turned around and are up more than 5 percent in both metros. (source) 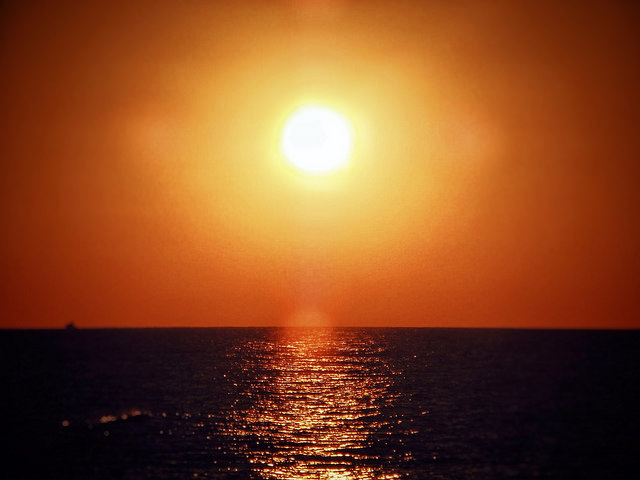 Accessory dwelling units (ADUs) are defined as secondary, self-contained housing units located on the same lot as a primary single-family home. In other words, guest houses, in-law apartments, garage apartments, and carriage houses. In most cases, these dwellings include a bathroom, kitchenette, living area, and a separate entrance. They’re also increasingly popular among Americans living in regions where population growth and cost-of-living is on the rise. In fact, according to a newly released study from Freddie Mac, properties with ADUs represented 4.2 percent of homes sold last year, which is up from 1.1 percent in 2000. And, if that doesn’t seem like a lot of growth, consider the fact that the number of property listings with ADUs grew by an average of 8.6 percent year-over-year between 2009 and 2018. Their quickly rising popularity makes sense, though. Affordable housing in major urban areas is more difficult to find these days and ADUs provide an option for all age groups, as well as both renters and buyers. That’s why these units have been multiplying over the past few years and especially in fast growing metros like Los Angeles, Portland, Dallas, Seattle, and Miami. (source) 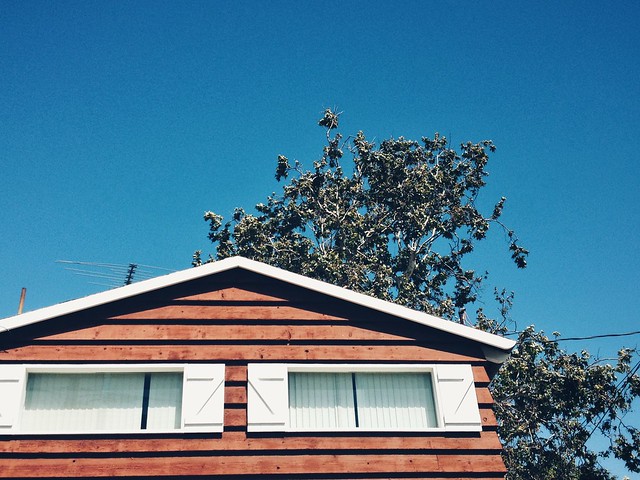 The coronavirus outbreak has caused us to change a lot about the way we get things done. Everything from grocery shopping to getting a haircut has undergone some rethinking. The home buying process is no exception. Fortunately, the adjustments the real-estate industry put into place have been successful so far. In fact, the option to tour homes virtually or via FaceTime has a significant share of buyers saying they’d be comfortable buying a house without ever seeing it in person. Recent surveys show nearly 40 percent of buyers say they would, which is up from 25 percent in surveys done earlier this year. Additionally, there was close to a third of current survey participants who said they’d like the option to buy and sell virtually even after the outbreak ends. Obviously, that still leaves a majority of buyers who feel they’d need to see a home in person before they’d make an offer. But the success of virtual tours benefits them as well – as an online tour can be used to narrow options down, so buyers have fewer homes to see when they do go out. Like a lot of things, real estate has had to adapt quickly. The good news is that the changes it underwent look like they’ve increased convenience and speed for both buyers and sellers. (source) 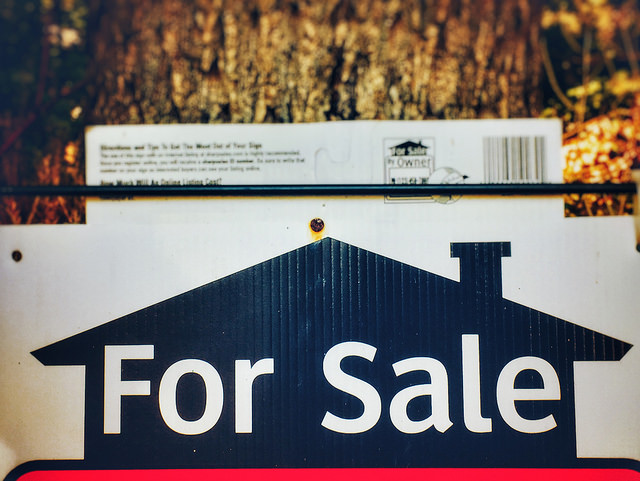