New home sales fell in May, according to new numbers released jointly by the U.S. Census Bureau and the Department of Housing and Urban Development. After soaring to an 8-year high the month before, sales dropped lower than economists expected, falling 6 percent from April. But despite the decline, sales remain 8.7 percent above last year’s level. Regionally speaking, the report showed significant differences between sales in some parts of the country compared to others. For example, new home sales tumbled 33 percent in the Northeast, while gaining 12.9 percent in the Midwest. The South, on the other hand, was nearly unchanged from the previous month and the West saw a double-digit decline. Also in the report, the median price of a new home rose to $290,400; the average price was $358,900. In recent years, both new home sales and construction have shown great improvement. Much of that improvement has taken place at the higher end of the market, however, raising the price of a typical new home. An increase in the number of new homes built at affordable prices would be good news for the overall market, as it would help relieve upward pressure on prices while providing home buyers with more choices. More here. 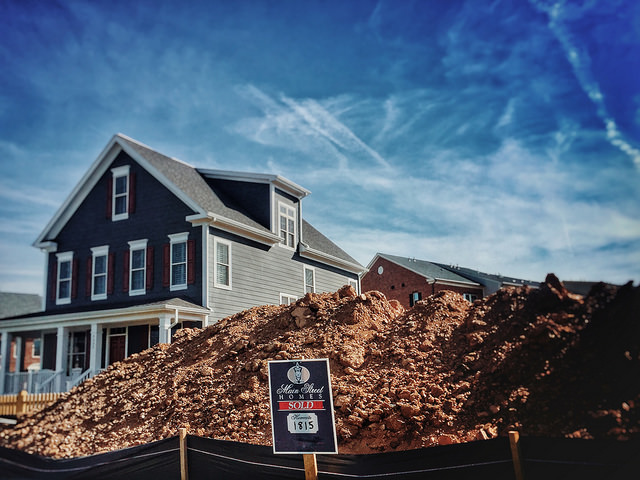