According to the Mortgage Bankers Association’s Weekly Applications Survey, average mortgage rates moved up last week across most loan categories, including 30-year fixed-rate loans with both conforming and jumbo balances and loans backed by the Federal Housing Administration. It was the second consecutive week rates increased and follows a general trend upward over the past month. Joel Kan, an MBA economist, told CNBC positive economic news has been pushing rates higher. “Economic news in recent weeks has been mostly positive, especially in terms of GDP growth and increasing wages,” Kan said. “This raises the likelihood of the Fed raising rates at its December meeting, but also indicates stronger domestic economic fundamentals, which pushes rates higher.” As usual, rising rates had a negative effect on refinance activity, which is more sensitive to rate fluctuations than home purchase activity. Refinance demand dipped 3 percent last week from the week before, while demand for loans to buy homes was actually up 1 percent and is now 11 percent higher than the same week one year ago. The MBA’s weekly survey has been conducted since 1990 and covers 75 percent of all retail residential mortgage applications. More here. 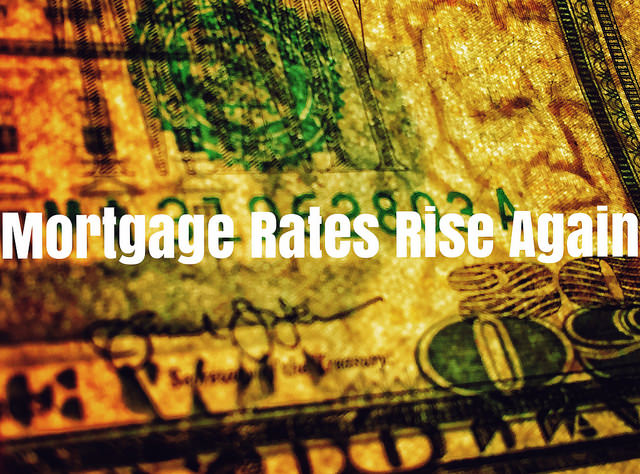